The Vrije Universiteit Brussel (VUB) is the offshoot of the French-speaking Université Libre de Bruxelles (ULB) that was founded in 1834 by a Brussels lawyer with Flemish origins, Pierre-Théodore Verhaegen. He wished to establish a university that would be independent from the state and the church, and where academic freedom would reign.

The VUB has two separate campuses, one in Etterbeek, located close to the centre of Brussels, and the other in Jette. Life sciences (medicine, pharmacy, dentistry, and the biomedical and paramedical sciences) courses are given in Jette. The School of Pharmacy is part of the Faculty of Medicine and Pharmacy in Jette and has a long tradition of excellence in research. The four main research topics are in vitro toxicology, analytical chemistry and data analysis, neuropharmacology and neuro-virology.

For the past fifteen years, the School of Pharmacy VUB has also invested in education and research on education. VUB collaborates with other institutions in the forefront of pharmacy education such as Utrecht, Groningen and Paris. 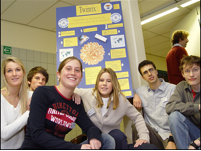 The School works closely together with The European Association of Faculties of Pharmacy (EAFP). The projects on innovation in education were initially funded by the university; later grants were obtained from the government under the “Program for Innovation of Higher Education and Policy Making Research Projects”.

Recently projects have been submitted together with other European partners to the Erasmus program of the European Commission (Lifelong learning, DG Education and Culture) 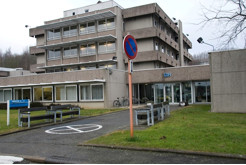 The project was initiated by Bart Rombaut who was trained as a pharmacist and had a long-lasting worldwide reputation in pharmaceutical scientific research and in research and development of numerous projects in pharmacy education and training.

Sadly enough, Bart Rombaut has died unexpectedly on January 23, 2014 and Kristien De Paepe, who was working on the PHAR-QA and PHAR-IN projects as a researcher, has taken over the tasks of the coordinator. She is a staff member of the VUB Pharmacy Dept. and has closely worked together with Bart Rombaut on the development of GIMMICS, an educational game for final year pharmacy students.